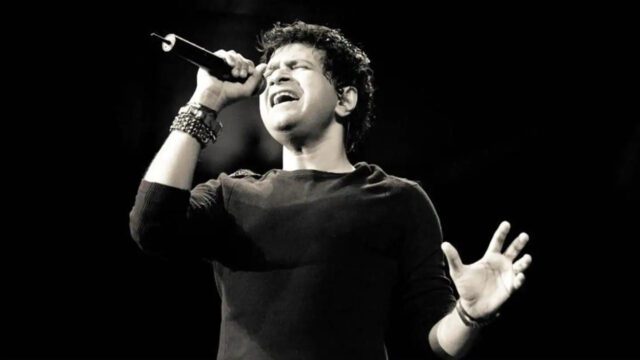 KK Height Weight Age Biography Family Wiki Net Worth, Affairs, Marriage & much more. Krishnakumar Kunnath (23 August 1968 – 31 May 2022) popularly known as KK, was an Indian playback singer. He has recorded songs in Hindi, Tamil, Telugu, Kannada, Malayalam, Marathi, Bengali, Assamese and Gujarati languages films. He was regarded as one of the most versatile singers of his generation.

Born in Delhi to Malayali parents C. S. Menon and Kunnath Kanakavalli, Krishnakumar Kunnath was brought up in New Delhi. KK sang 3,500 jingles before breaking into Bollywood. He was an alumnus of Delhi’s Mount St Mary’s School and graduated from Kirori Mal College, Delhi University. He sang in the “Josh of India” song for the support of Indian Cricket Team during Cricket World Cup of 1999. This song featured members of the Indian Cricket Team.

KK married Jyothy in 1991. His son Nakul Krishna Kunnath sang a song “Masti” from his album Humsafar with him. KK also has a daughter named Tamara Kunnath.

In 1994, he gave his demo tape to Louis Banks, Ranjit Barot and Lesle Lewis to get a break in the music arena. He was called by UTV and he sang a jingle for Santogen Suiting ad.In a span of four years, he sang more than 3,500 jingles across 11 languages. He got his first break in Mumbai with UTV to sing jingles. He considers Lesle Lewis as his mentor for giving him his first jingle to sing in Mumbai.KK was introduced as a playback singer with A. R. Rahman’s hit song “Kalluri Saaley” and “Hello Dr.” from Kadir’s Kadhal Desam and then “Strawberry Kannae” from AVM Productions’s musical film Minsara Kanavu (1997). He got his Bollywood break “Tadap Tadap” from Hum Dil De Chuke Sanam (1999). However, prior to this song he had sung a small portion of the song “Chhod Aaye Hum” from Gulzar’s Maachis (1996)

In 1999, Sony Music had just been launched in India and they were looking to launch a new artiste. KK was selected as the new artiste and he came out with his debut solo album titled Pal with Lesle Lewis composing the music. The album was arranged, composed and produced by Lesle Lewis of Colonial Cousins. The songs “Aap Ki Dua”, “Yaaron” and the title track “Pal” in no time ruled the lips of youngsters & also the music chart. The songs “Pal” and “Yaaron” became songs commonly used in school farewells. Pal was the first album released by KK under Sony Music for which he got the Screen award as best singer.

On 22 January 2008, KK released his second album Humsafar after a gap of eight years.The songs “Aasman Ke”, “Dekho Na”, “Yeh Kahan Mil Gaye Hum” and “Rain Bhai Kaari (Maajhi)” are famous songs from this album. Besides, KK had also sung an English Rock Ballad “Cineraria”. The title track, “Humsafar” is a mix of English and Hindi lyrics. The album Humsafar has 10 songs, out of which eight have been composed by KK.The other two songs were taken from his previous album Pal.

KK also has sung a song named “Tanha Chala” for the Pakistani TV show The Ghost which was aired on Hum TV in 2008. The song was composed by Farrukh Abid and Shoiab Farrukh, and Momina Duraid penned the lyrics.

KK participated in the latest musical venture of MTV India Coke Studio. There he sang one qawwali “Chadta Suraj” along with Sabri Brothers and a recomposed version of his exquisite track “Tu Aashiqui Hai” from movie Jhankaar Beats. He also came in ‘Surili Baat’ in Aaj Tak Channel.]He has also performed in Sony Mix TV Show and MTV Unplugged Season 3, aired on MTV 11 January 2014. KK was in Dubai for his concert ‘Salaam Dubai 2014’ in April. He also did concerts in Goa, Dubai & Chennai, and Hong Kong.

KK has been greatly influenced by the singer Kishore Kumar and music director R. Burman. Michael Jackson, Billy Joel, Bryan Adams, Led Zeppelin are also favourite international singers and bands of KK. KK has stated that it is not important for a singer’s face to be prominently seen – saying he believes the important thing is that “a singer must be heard.” KK has never undergone any formal training in music.

He died from cardiac arrest at The Grand Hotel in Kolkata, after performing in Sir Gurudas College fest on Nazrul Mancha on 31 May 2022.